​In-demand Benfica forward Joao Felix's move to Atletico Madrid could be confirmed in the coming hours, with the club's promise of a starring role proving critical in the youngster's decision.

Manchester City had been tracking the Portuguese following his superb exploits in the Primeira Liga last term, the 19-year-old firing in 20 goals in a scintillating breakthrough campaign. The Citizens were keen to add such thrilling talent to their fearsome squad ahead of next season, but will now miss out to Atleti.

According to ​Marca, the La Liga outfit have secured Felix's signature after informing him that he will become the focal point of the side, around which the team will be built. 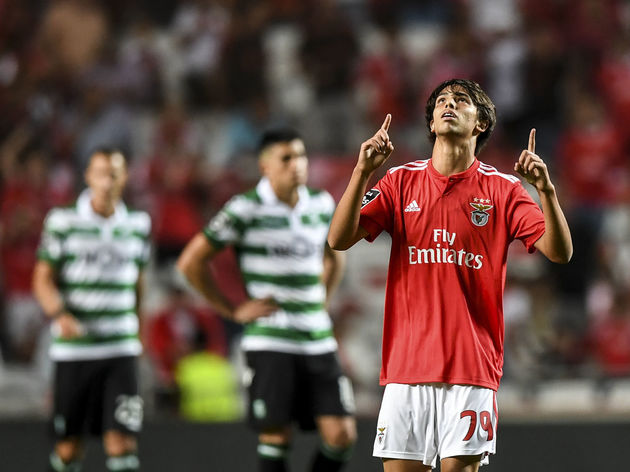 ​City also made an enticing offer to the starlet, drawing up a contract worth ​ Premier League

Having held talks with Diego Simeone and the board, Felix has become increasingly convinced that a move to the Spanish capital is in his best interests, with negotiations over a deal close to being finalised.

It appears that money is less important to the striker than the chance to prove himself on the big stage, meaning the glut of talent at the Etihad Stadium has seriously harmed Pep Guardiola's pursuit. Just like current Citizens prospect Phil Foden, Felix would struggle to secure a starting berth in the team simply because of the array of top-quality personnel competing within the squad.

The Portuguese international is evidently eager to kick on and develop, a goal which is best served by playing regular football at the top-level, the likes of which Atletico can offer given their readiness to put faith in youth.