Both Manchester City and Manchester United are understood to be considering moves for Tottenham Hotspur midfielder Harry Winks.

Despite being a core part of Mauricio Pochettino's side, Winks appears to have lost his place under new boss José Mourinho. The 23-year-old has started just three of Spurs' nine league games under the new boss and has even failed to make the bench on one occasion. 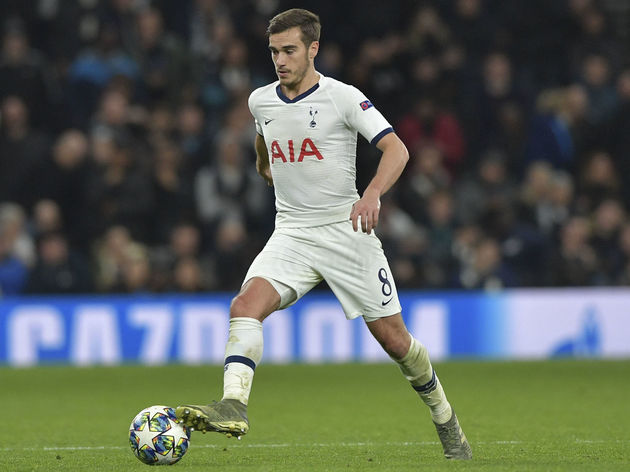 Given Winks no longer looks like a vital part of the team, The Athletic's ​David Ornstein suggests that the Englishman is under consideration from both Manchester sides, who could look to sign him in the near future.

Beginning with ​City, they are said to see Winks as a potential alternative to ​Fernandinho, who will be 35 years old once this season comes to an end.

Pep Guardiola's side want to do the majority of their recruitment business in the summer, so an imminent move for Winks is unlikely, but a summer push certainly seems a possibility. They are considering a number of different players, but Winks seems to have played his way on to their wish list. However, he might not even be available in the summer if ​United have anything to say about it. The Red Devils are considering a move for Winks in the current transfer window as they are looking to add some much-needed depth to their midfield.

With ​Paul Pogba and Scott McTominay both dealing with long-term injuries, United have been left incredibly short in midfield, and it is thought that manager Ole Gunnar Solskjaer would like to add at least one new face in January to help cope with the strain. Winks remains under contract until 2024, so ​Spurs will be under very little pressure to accept an offer unless they are completely satisfied with the terms. However, parting ways with the 23-year-old may be seen as a good way of raising money to reinvest in the squad.