​Manchester City are at an advanced stage in negotiations with Columbus Crew to sign young goalkeeper Zack Steffen, the head coach of the MLS club has confirmed.

News of City's interest in the 23-year-old broke over the weekend and talks have progressed quickly, with multiple sources indicating that a fee between $7m and $10m likely to be agreed before the end of the week.

a year I will never forget. THANK YOU Columbus for having our backs the entire time, pure class. I wish we could have given you more. we will be back. with much love .......  pic.twitter.com/eN6UPcGNOA

Steffen's agent Dan Segal declined to comment, but Columbus Crew manager Gregg Berhalter told ​ESPN that an approach had been made for the highly-rated Steffen.

"The club has been approached regarding the potential transfer of goalkeeper Zack Steffen, but no deal has been finalized, and the club will not be commenting on the specifics of reported offers," said Berhalter.

A sell-on clause is likely to be included in Steffen's contract, granting Columbus Crew a significant chunk of any future transfer fee received for the United States international.

Over his two seasons in Major League Soccer, Steffen has gone from strength to strength, helping his team reach the end of season playoffs in the 2017 and 2018 seasons.

He was named 2018 MLS Goalkeeper of the Year and played for the MLS All-Stars in their annual friendly, which they lost on penalties to ​Juventus. 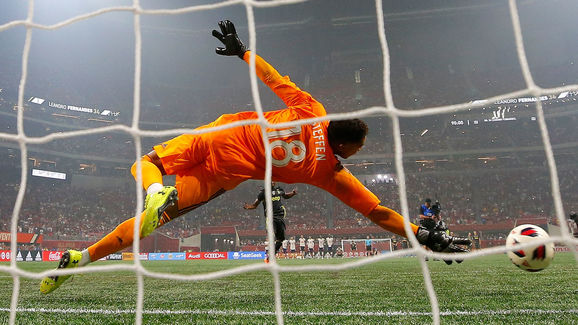 Steffen's form earned him a first international call-up in January and he has now made six appearances for the United States, keeping three clean sheets and producing an inspired performance in the 1-1 draw with France in June.

Six caps is not enough to earn an automatic work permit so Steffen would need to receive special exemption to play in Europe. ​City may loan him back to Columbus Crew while that process is ongoing.