The agreement supposedly allows City to have free rein over the Danish side’s partnership with the Right to Dream Academy. The charitable organisation which was set up to provide young African talent with a platform to launch their footballing careers.

The Citizens have allegedly reached an agreement with Nordsjaelland allowing them to sign players for free direct from the academy. If true, this would create a third-party interest as City could prevent desirable youth talent from joining European rivals, which FIFA made illegal in 2015.

These new allegations come at a turbulent time for the club’s hierarchy who were also this week accused of manipulating income recordsto comply with Financial Fair Play regulations. German magazine Der Speigel has claimed they have seen internal documents dating back to 2013 that incriminate Manchester City in the matter.

Nordsjaelland president Tom Vernon has been quick to comment on the matter and was quoted by Politikenas saying: "We are confident that we are in compliance with all relevant football regulations in our running of Right to Dream and FC Nordsjaelland.

“No student was ever, and never will be, prevented from transferring from Right to Dream by any third party club, including Manchester City,” he added.

Vernon claimed no players had been 'forced' to move and also suggested the agreement in question was long since defunct. Contrasting reports suggest the agreement was only reached in 2016 though, a full year after the act was made illegal and ran until 2020.

The Premier League have also released a statement on the matter as they consider opening their own investigation. As quoted in the Telegraph, it read: "The League has strong regulations in the areas of Academy player recruitment and third-party ownership, in addition to FA and FIFA rules.

“Should we receive any substantiated material that suggests our rules may have been breached, we will, of course, investigate and have a track record of doing so." 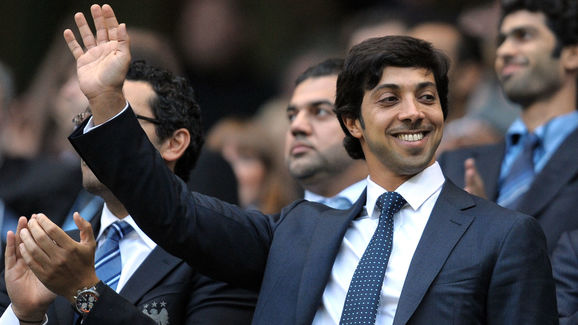 FIFA has already taken sanctions against major European clubs like Sevilla and FC Twente for having third-party influence over players' transfers. Manchester City have so far refused to release a statement on either of the serious allegations compiled against the club this week.

The Citizen’s board have written off the reports as an 'attempt to damage the club’s reputation' and offered no further comment.