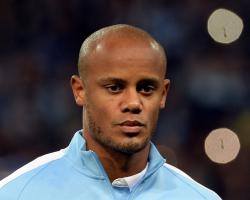 The plane suffered problems as it tried to take off but Kompany was unhurt.

The Air Accident Investigation Branch has been informed, which is standard practice," the airport announced in a statement to the BBC

Phil Brockwell, of Centreline Air, added to the Eastern Daily Press: "It was at a fairly low speed of its departure, at which point it veered off the runway, for reasons for which we have some guesses."