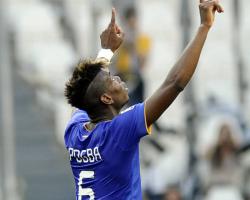 In a surprisingly scathing attack on a fellow countryman; Michel Platini has challenged the quality of Paul Pogba

He may not score often enough or keep the ball as well as Iniesta but the French starletÃâs performances especially in the past two seasons have triggered interest from virtually all of European footballÃâs biggest teams.

It then comes as a surprise that Platini, a self proclaimed lover of emerging talent could be quoted as saying, ÃâPogba isn't a superstar

ItÃâs interesting to notice that when he loses the ball and his teammates suffer, they yell at him straight away.Ãâ Of course he is probably not destined to be at the level of Messi and Ronaldo as very few people if any are in that position anyway

When such a young player loses the ball in a Juventus team filled with veterans he will probably be told off for it not because of lack of quality or stature but rather that he is more like a junior player.

Even if the UEFA President is convinced Pogba is no good, he certainly should not say it to the media for the playerÃâs sake and more importantly for his future especially considering the possibility of an imminent big-time move from the Serie A.