The 19-year-old wonderkid has struck 12 times in the league for Red Bull Salzburg so far, but has really made his mark with his performances in Europe.

The Norwegian’s first-half spot-kick against Serie A outfit Napoli on Tuesday night gave Red Bull Salzburg an early lead in the game. However, Napoli did end up getting a point in thanks to an equaliser from Hirving Lozano. 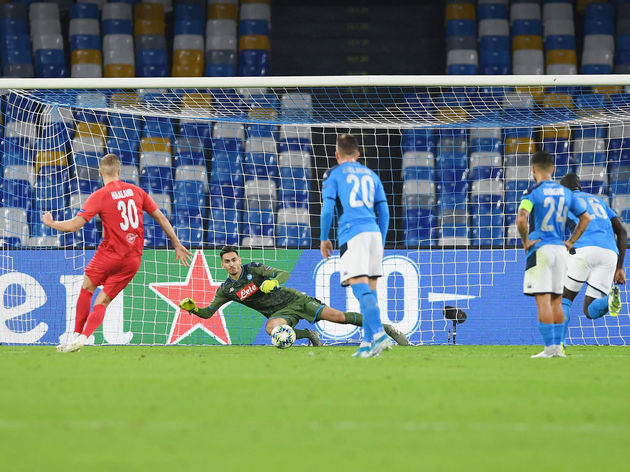 Besides the ​precious point Salzburg gained through Håland's goal - which has kept their chances of qualification form Group E alive - the young striker made history as he became just the fourth player to score in each of his first four appearances in the Champions League.

The €100m-rated forward, who is wanted by ​a host of clubs ​including Manchester United, Manchester City and Juventus, joined Ze Carlos, Alessandro Del Piero and Diego Costa as the only other to net in their first four games in the competition.

Håland has therefore joined an exclusive and elite list of names in the record books but quite astonishingly, alongside this, he holds another goalscoring record and this time it is all to himself. The striker has now scored seven goals in his first four ​Champions League appearances which is two more than any other player in the competition’s history.

The talented teenager will hope to get onto the scoresheet for the fifth game in a row and add to his seven Champions League goals when Salzburg take on KRC Genk at the end of November.