​Manchester City defender Vincent Kompany is set to sign a new short-term contract to remain at the Etihad Stadium for a further year.

The Belgian's current deal will expire at the end of the season, and many fans questioned whether his fitness struggles would prevent him from extending his stay with the Citizens.

However, ​City are prepared to overlook his injury concerns, and the ​Evening Standard claim that ​Kompany is set to sign a new 12-month deal with Pep Guardiola's side.

They report that Guardiola believes Kompany's dressing-room influence is crucial to the team, so much so that his fitness is not important to the deal. He has seen his role in the team diminished in recent years, with Guardiola preferring the likes of Aymeric Laporte and ​John Stones, but City feel as though Kompany can still make an impact from the sidelines.

The 32-year-old could find himself falling further down the pecking order next season, with Guardiola said to be on the lookout for a new central defender during the summer. Ajax's Matthijs de Ligt is thought to be high on the Spaniard's wish list, which would make first-team opportunities hard to come by for Kompany. As a result, he is expected to take a sizeable pay cut in order to extend his stay with the defending ​Premier League champions.

The last four years of Kompany's career have been ravaged by injury, forcing him to miss a total of 108 matches since the start of 2015. This season, Kompany has started just 11 matches, but he has still managed to showcase the talent which helped him forge a reputation as one of the world's top centre-backs. 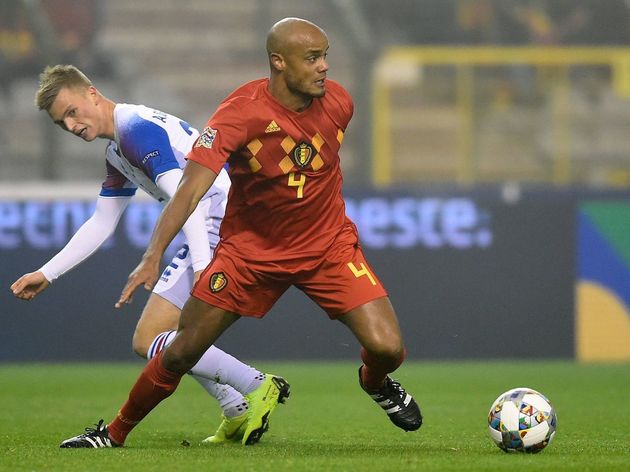 City are undefeated with Kompany in the lineup this season, winning ten of the 11 games with the Belgian in the team. His standout performance of the season came in January's 2-1 victory over ​Liverpool, proving that Kompany still has the talent to perform at the highest level.

Injuries may have prevented him from playing a major role in Guardiola's side, but he remains one of the more popular figures at the club which he has captained since early 2011.