​Manchester City have confirmed left-back Benjamin Mendy will miss Sunday's meeting with Wolverhampton Wanderers after picking up a hamstring injury.

The Frenchman, who has endured an injury-hit start to the campaign, played 90 minutes in Tuesday's win over Dinamo Zagreb, but many fans were left puzzled after the Frenchman was completely omitted from their matchday squad on Sunday.

City took to ​Twitter to explain ​Mendy's absence, stating that an injury to his left hamstring is behind his omission from the squad.

Fortunately, they added that Mendy's issue is not believed to be too serious, and he is expected to return to action after the upcoming international break comes to a close, perhaps when ​City take on ​Crystal Palace on 19 October.

With Oleksandr Zinchenko dropped to the bench, summer arrival Joao Cancelo will start the game at left-back, despite being at home on the opposite side of defence. Fellow new face Angelino also makes the bench in Mendy's absence. Injuries have been the story of Mendy's career since joining City. The 25-year-old has managed just 27 appearances since joining the Citizens back in 2017, and he missed the start of the current campaign with a knee injury.

He has made four appearances this year, including picking up his first start in the 2-0 win over Dinamo, but now returns to the treatment table once more.

Fortunately for City, their embarrassment of riches at full-back means his absence will not be felt too much. Guardiola is desperate to pick up three more points against ​Wolves in order to try and keep up with ​Liverpool at the top of the table, and he has enough options in his squad to ensure they can cope with most injuries. 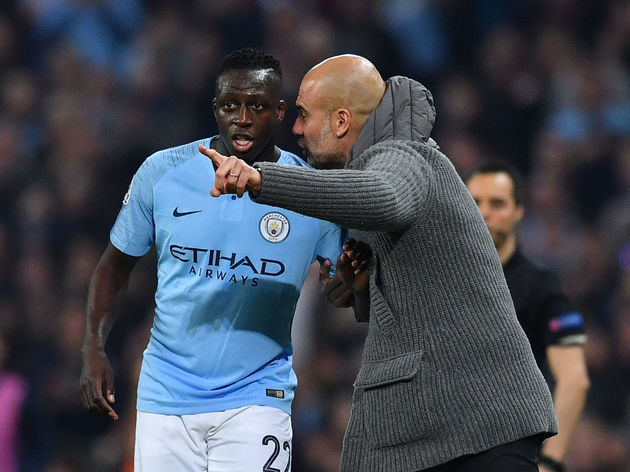 However, one area in which they have struggled is at centre-back. ​Fernandinho keeps his place alongside Nicolas Otamendi against Wolves, with Aymeric Laporte and ​John Stones still battling injuries.

Fortunately, Guardiola has confirmed that Stones is nearing a return, with the Englishman also in contention to feature against Palace after the break.