​Manchester City's season got off to a great start.

Beating last year's title rivals Liverpool in the Community Shield, albeit on penalties, the Citizens had set the tone for the rest of the campaign, once again showing us who was top dog.

Or at least they thought they had.

What would follow would be a season of utter, unadulterated dominance for the Reds, who have left everyone, including City, in their wake. And the real takeaway from that Community Shield triumph would be the injury to Leroy Sane. 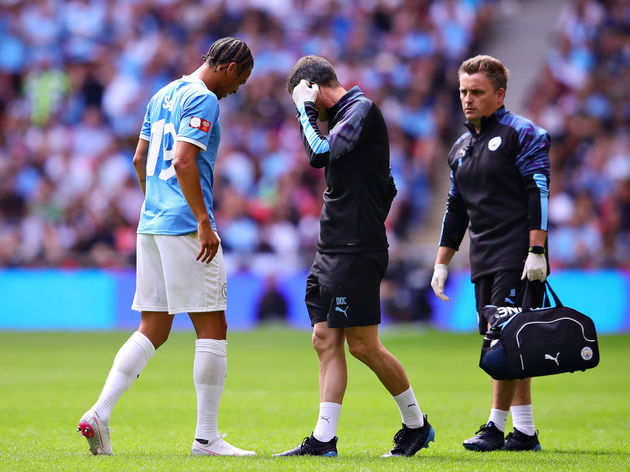 The German hit the deck within the opening 11 minutes at Wembley, picking up a cruciate ligament injury that would keep him out for almost the entirety of the ​Premier League season.

While the winger has now returned to training with the Sky Blues, the damage has already been done, as City sit 22 points (yes, it's still as staggering as the first time you heard it) behind ​Liverpool.

The 24-year-old's injury has cost Man City this season - alongside teammate Aymeric Laporte's absence - and yet we have seemingly forgotten about just how devastating a player he can be.

Having arrived from Schalke with a big reputation and price tag on his head in 2016, Sane settled fairly quickly. The pace, power and energy of the young starlet knew no bounds, and his ability to drive at opposition full-backs was pretty much unrivalled by any other member of his team - or any other Premier League team for that matter.

The exuberance of youth paid dividends for Pep Guardiola, who moulded Sane in to the dynamic wideman we have witnessed bombing up and down the left flank for the past few seasons.

Sane has made 134 appearances for City, scoring 39 goals and registering 45 assists, all while terrorising right-backs across England and Europe.

But it's not necessarily the goal contributions that City miss - after all, they've scored more than any team this season, including Liverpool. No, it's the aforementioned pace, power and energy that City have been lacking.

In Sane's absence, either Bernardo Silva or Riyad Mahrez will step in, with ​Raheem Sterling's starting berth rarely challenged by his teammates. While both replacements are sensational footballers - two of the best technically-gifted individuals in the English top flight - they pose a very different threat.

Neither are blessed with the speed or agility Sane possesses, naturally slowing the pace of the Citizens' front line down.

Silva enjoyed his best ever season last year, but was mainly played as an attack-minded midfielder in Kevin De Bruyne's absence. Mahrez has a wand of a left foot, but prefers to play the game at his own rhythm, jinking in and out with careful precision, and cutting back on his favoured side. Neither option scares defenders as much as Sane running at them like a freight train.

So, I know what you're thinking. "Why would Man City entertain selling him if he's so damn good?"

It's a fair question, and the answer is simple. They shouldn't be.

Undoubtedly the emerging saga of Sane to ​Bayern Munich will rear its head once again this summer, with 90min recently telling you that ​the German champions and the Man City winger want to do a deal as quickly as possible.

Since the closure of the January window, ​Sane has changed his agent, leaving City unable to re-negotiate his contract for three months - a deal that expires in June 2021.

Meanwhile, Guardiola has spoken out about potential negotiations between Sane and the club, reiterating that the 24-year-old may stay after all.

It's all a bit confusing, really.

But the bottom line is that City should be doing anything and everything in their power to keep hold of their star. This season should be a big enough warning sign, showing the four-time Premier League champions what life is like without the unstoppable German attacker.

The only way to take the heaving pressure of attacking creativity off Sterling's little shoulders is to keep hold of Sane, a man who can do a similar job to his English teammate.

Letting go of a player who has been so significant at just the tender age of 24 - with his best years to come - is footballing suicide. And for what: a £100m cheque? 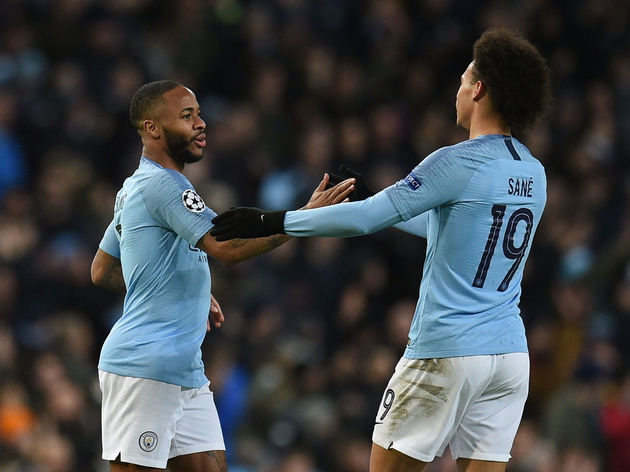 If City want to get back to their best they simply must prioritise Sane. Build the whole bloody team around him. Make him feel special, and wanted.