​Manchester City manager Pep Guardiola has reportedly been left enraged by news that Paris Saint-Germain are believed to have snatched Ajax wonderkid Frenkie de Jong from under their noses.

With midfield powerhouse Fernandinho approaching his mid-30s, Guardiola is believed to be keen to find a long-term replacement as soon as possible, with de Jong looking to be the ideal candidate. The 21-year-old has emerged as a top talent in the Dutch top tier this season, and looks increasingly likely to leave to join a bigger club in the near future. According to the Mirror, t​Citizensplayer last month. However, after City asked for more time to weigh-up the deal, thought to be worth around £66m, Paris Saint-Germain apparently swooped in to woo the midfielder with talks held in Amsterdam.

With the Ligue 1 giants having seemingly snatched de Jong from Man City's grasp, Guardiola is believed to have been left outraged by the failure of his club to tie up the deal. The report claims that the Citizens were concerned over their ability to fund the deal given their ​Financial Fair Play concerns - an issue which is also believed to be ​affe​cting PSG's transfer operations. 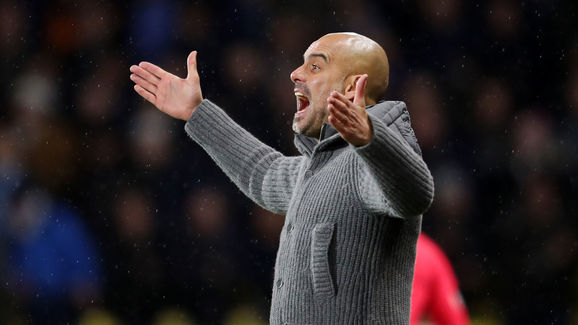 ​Guardiola claimed that he was proud of his side's 'outstanding' performance on Saturday, despite City losing 2-0 at Chelsea. The visitors looked the better side for much of the first half, but goals from N'Golo Kanté and David Luiz sealed a shock win for Maurizio Sarri's Blues.