Manchester City defeated Dinamo Zagreb 2-0 on Tuesday, on a night where the hosts dominated possession at the Etihad Stadium but their attack struggled to click into gear.

City dominated the first half but were uncharacteristically wasteful. The half-time numbers said it all: 79% possession and eight shots but just one on target - the same number recorded by their opponents.

The second half continued in the same vein until Raheem Sterling's 56th-minute introduction. Within ten minutes he had given City the lead, slotting in after a high-tempo passing move that pulled Dinamo's defence apart. There was an air of deja vu as Riyad Mahrez slotted across the face of goal and Sterling tapped home.

City sealed the victory in the last minute of stoppage time, as Phil Foden slotted home to finish off a counter attack with the Croatian side looking ragged.

Here's 90min's breakdown of the game below. 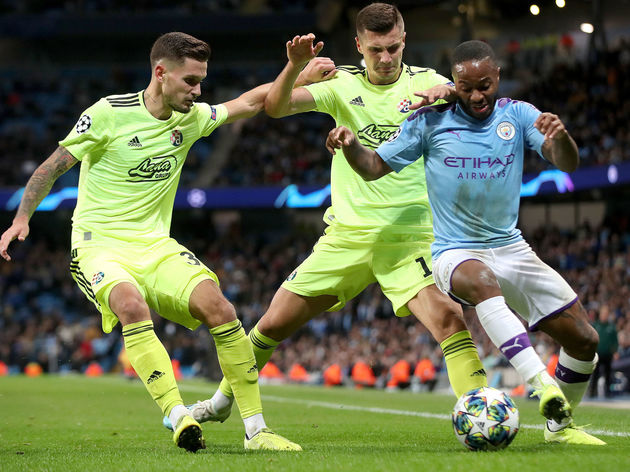 Much of the pre-match narrative had been about goals and, more specifically, how many ​City could put past their Croatian opponents. While Dinamo shocked Atalanta with four goals on matchday 1, Pep Guardiola's side put on a show with their 6-0 demolition of Shakhtar Donetsk.

Perhaps that's what Pep meant when he spoke of the need to 'seduce' the fans with their Champions League performances? However, there was a collective sigh when the team news revealed City would be without one of their most potent footballing ​Kevin de Bruyne

Not had 25 minutes at the Etihad and it could be 5-0. Aguero, Bernardo (twice) and Silva have all missed decent chances. Gundogan has hit the bar.

Raheem Sterling improved City immediately once he came on, playing a part in three chances before he capped off a fantastic passing move with the opening goal. Guardiola's team were crying out for someone to be a little more direct against a rigid back five and Sterling gladly obliged. It wasn't until the England international started running at them that Dinamo lost their defensive shape.

City continued to dominate without creating and Foden's goal might mask the fact that they weren't at their attacking best. Ultimately, Guardiola will be disappointed they didn't make more of their dominance on a night they recorded 81% possession. City no longer look like they'd be derailed by losing ​Fernandinho as their midfield pivot, which is possibly th

The best of the Spaniard was there for all to see against Dinamo. He was box to box, but you hardly noticed him breaking into a sprint - instead he could be spotted gliding around the pitch or simply popping up in the perfect position.

Minor detail there. Fernandinho went into DM to win the header from a long ball forward while Rodri dropped into CB. Interesting (to me at least)

From a defensive perspective, he plugged gaps that enabled Benjamin Mendy to drive forward at will and also stepped in to let his centre halves carry the ball out. His height was cited as a plus when he arrived and he used it on a couple of occasions to combat Dinamo balls over the top.

When City transitioned from defence to attack, Rodri tried to release the ball early and slip it through the opponent's well-drilled back five. It would have paid off a couple of times, if City had their shooting boots on. He was rewarded when his sublime pass through to Mahrez allowed the Algerian to set up Sterling.

Awesome Man City goal. So much to enjoy about it - love seeing Sterling playing centrally & poaching, but the ball from Rodri to Mahrez was delicious. 

City are ahead with a beautifully worked team goal. Mahrez to Gundogan to Rodri to Mahrez to substitute Sterling to slide in to score on the goalline. (That lad can't stop scoring). They're making that sort of goal look routine now. It was anything but #mcfc

It wasn't just his own game that impressed, his presence allowed others to flourish. Ilkay Gundogan was often criticised for not being Fernandinho last season, but looked much better with more licence to roam. While Rodri seemed to have an almost-telepathic understanding of where Benjamin Mendy would be, setting him free numerous times. 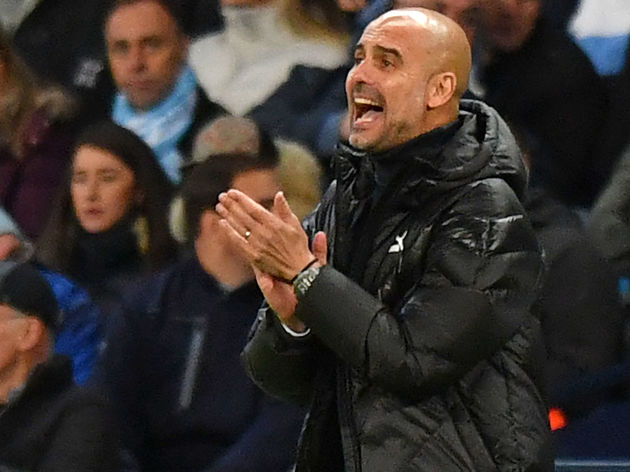 City's home fixture with ​Wolves is followed by an away trip to Crystal Palace's Selhurst Park, before Atalanta visit the Etihad Stadium in