​Manchester City will "end their pursuit" of Lionel Messi after being told by the player's representatives that he will not be leaving Barcelona - in perhaps the most obvious news of the weekend.

A public spat with technical secretary Eric Abidal had prompted rumours that Messi may seek a Camp Nou exit, which had the Premier League champions on red alert as they were ready to pounce on any uncertainties in Catalonia.

The dispute had began after Abidal s

"The question is for him, hopefully it continues," Abidal told Mundo Deportivo. "

"We are talking about the best player in the world and having a renewal with such a player is never easy."

When you get a freekick in FIFA, you want one of these to be stepping up! https://t.co/52Gthr6l9e

The Argentine's current deal is thought to be worth £25.5m per year and is due to expire at the end of the 2020/21 season, with a clause included in the deal that states the forward is free to leave in the summer if he wants to leave the club. However, it was reported late last month that Messi had opted to remain with the side, and that ​would offer an indefinite renewal

While ​City had launched an ambitious move to sign the six-time Ballon d'Or winner, their somewhat pointless pursuit has ended before it even began, with the ​Express claiming that Pep Guardiola's side have been told by the player's representatives that he has no intention of leaving the club in the summer.

Given the player's astronomical weekly wages, City had emerged as one of the only clubs in European football capable of matching such financial demands. Yet, their hankering for one of the greatest footballers ever to have lived will remain a mere fantasy for now. 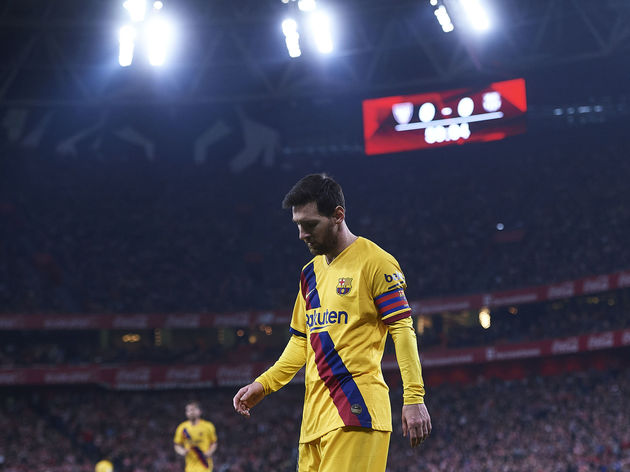