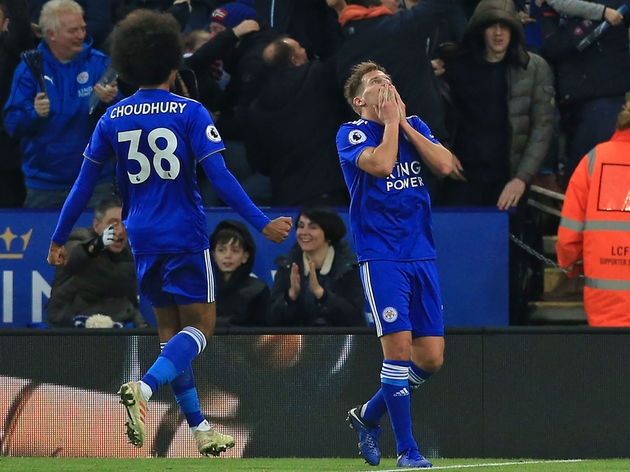 Just a few weeks ago, it seemed as though Claude Puel would be out of a job by 2019, but things have quickly changed.

After an inspired performance in the victory over ​Chelsea, Puel guided ​Leicester to another superb performance against the defending ​Premier League champions. Defensively, they looked sturdy and determined, and truthfully they could, and perhaps should, have netted at least another two goals in the first half. 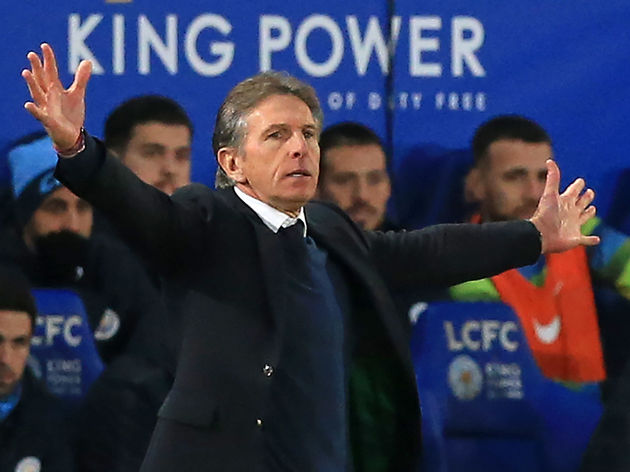 The second half was more about defending, but Leicester certainly did that well. ​City had few good chances to score, and Pereira's impressive 81st-minute strike seemed to deflate Pep Guardiola's side. Puel has certainly done something to galvanise his players in recent weeks, and he deserves a lot of credit for the way his side played this afternoon.

It comes as no surprise to fans of the Premier League that ​Jamie Vardy's work ethic is one of Leicester's most valuable qualities. The 31-year-old wants to fight for every loose ball and he loves to terrorise defenders.

Vardy proved to be a reliable focal point at the top of Leicester's attack, finding space and forcing chances out of nothing. He deserved a goal but will have to make do with an assist as it was his perfect cross which allowed Albrighton to net the equaliser. It was a superb performance for Vardy, and fans were eager to praise the Englishman on Twitter.

Vardy really is the ideal counter-attacking striker; happy to fight for scraps on the shoulder of the last defender and clinical at finishing any chances #LEIMCL

Leicester did incredibly well to level the scoreline in the first-half, but it almost seemed as though ​Schmeichel was intent on sabotaging his team at times. His distribution often left a lot to be desired as he played several passes which led to fantastic chances for City. Fortunately for the Dane, his errors were not fatal.

City's squad depth is truly stunning, yet there is one key area in which City are not well stocked - defensive midfield. A thigh injury forced ​Fernandinho to miss the defeat to ​Crystal Palace, and he remained unavailable against Leicester, and City certainly missed him.

The likes of Vardy, James Maddison and Hamza Choudhury all had fantastic chances to score in the first half, and Ilkay Gundogan occasionally seemed powerless to stop the Foxes from running forward. If City do not have a plan for life without Fernandinho, then they need to find one quickly.

In what was an unimpressive performance from City, there were few standout performers. City will not be happy with their performance, but Leroy Sane often looked to be City's best chance of finding some magic.

The German regularly found himself running through on goal and had several chances to grab either a goal or an assist. However, he will be frustrated with his end product. In fairness to ​Delph, he is not a natural defender. Pep Guardiola has frequently utilised Delph in such a role, but his frailties were on show against Leicester. He struggled to deal with Leicester's dynamic attackers and was guilty of allowing Albrighton to stroll into the penalty area unopposed for his equaliser.

His red card in the dying embers of the match was unnecessary, and signalled the end of a miserable day for Delph. Fans were not impressed and jumped on Twitter to express their frustrations.

Leicester City will be looking to make it three wins in a row as they welcome ​Cardiff City to the King Power Stadium on Saturday.

As for City, they will travel to ​Southampton on Sunday as they desperately look to recover some ground on league leaders ​Liverpool.