​Zack Steffen has reportedly completed his move from Columbus Crew to Manchester City, although he is likely to be sent out on loan initially.

USA goalkeeper Zack Steffen (23) completed his Manchester City medical on Thursday and finalised his transfer from Columbus Crew for a £6m fee - rising to £10m. With a work permit unlikely right away, Steffen is expected to be loaned out in January, possibly to Nice. [Goal] pic.twitter.com/1WlpwaHhw9

Steffen is unlikely to succeed in his attempts to secure a work permit, so it is expected that City will send him out on loan at first.

Girona, the Spanish club owned by the same parent company as City, is perhaps Steffen's most likely destination.

Steffen's transfer fee is one of the largest ever received for an MLS player, and shatters the previous transfer record for an MLS goalkeeper, which was the 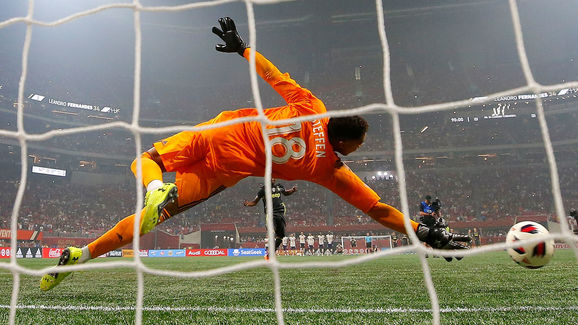 His form earned him a first international call-up in January and he has now made six appearances for the United States, keeping three clean sheets and producing an inspired performance in the 1-1 draw with France in June.

With his former Columbus Crew manager Gregg Berhalter having been appointed the new United States head coach, Steffen will fancy his chances of holding down a regular place in the national team.