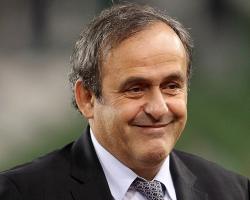 City, who are still strongly challenging the settlement offer from UEFA, are also facing a fine in the region of 60million euros (Â£49.3million) over three years, and a freeze on their Champions League A squad's wage bill.

The reduction in the size of the Champions League squad to 21 would potentially hit the club hardest, and City would also have to ensure that there are still eight locally-trained players in that A squad.

For this current season, City only named seven locally-trained players - Dedryck Boyata, Eirik Johansen, Gael Clichy, Joe Hart, Joleon Lescott, James Milner and Jack Rodwell - for the Champions League and so could only have a 24-man A squad.

If they were only able to name seven next season their squad would be down to 20 if the proposed sanction applies.

Press Association Sport understands the sanctions are very similar to those being handed to Paris Saint Germain - the two clubs are among nine European sides being dealt with by UEFA's club financial control board (CFCB) for FFP breaches.

City racked up losses of Â£150million over the last two years, with UEFA only permitting a 45million euro (Â£38million) deficit

Although some of those losses can be written off, for example any money spent on facilities or youth development, the club was still judged to be well in breach of the limit.

City have until the end of the week to reach an agreement with UEFA over the sanctions - but it is understood they are the club furthest away from reaching any final settlement.

If no agreement is reached, the club have until the end of the week to agree to the sanctions or face the case being handed to a panel for a non-negotiable decision.

The risk, however, is that if they are unable to agree a deal with UEFA then they could face even stiffer sanctions from the CFCB's adjudicatory panel.

No club is expected to be excluded from the Champions League for breaching the spending limits, the maximum possible sanction - UEFA president Michel Platini said last month he did not envisage some action being taken.

Both City and Paris St Germain are believed to have fallen foul of the FFP rules with sponsorship deals related to each clubs' owners.

Qatar-owned PSG have a back-dated deal with the Qatar Tourist Authority (QTA) which is worth up to 200 million euros (Â£165million) a year.

French newspaper L'Equipe has reported that UEFA has ruled the QTA deal should only be valued at half that sum.

Abu Dhabi-owned City's related deal with Etihad is significantly smaller at a Â£40million a year deal, but their accounts also revealed a number of other related party transactions.

UEFA has said it is still to be decided what will happen with any money raised from fines for FFP breaches.

The fines will not count against a club's losses for future FFP calculations, meaning they can be paid directly by club owners.

City manager Manuel Pellegrini told a news conference that he would wait until UEFA's official announcement of sanctions before commenting.

He said: "When it is official news of UEFA we can analyse what happens with the team

In this moment we don't know what happens."