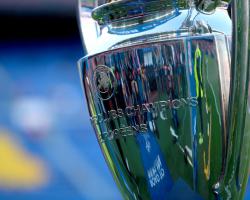 The Premier League had faced a challenge from Italy - which currently has only three spots - as a result of a fall in its rating in UEFA's coefficient system.

But the progress of Manchester City and Liverpool to the quarter-finals of this season's Champions League and Europa League respectively, while Roma, Juventus and Lazio have all been eliminated from European competition, has reversed the situation.

These allocations are determined a year in advance, meaning those for 2016-17 were set by the ratings at the end of the 2014-15 season

The countries in possession at this point were Spain, England and Germany.

However, the system is run on a rolling five-year basis and so for the 2017-18 allocations, points accrued during 2010-11 - which was strong for England and poor for Italy - were discounted from the reckoning

This saw England drop to third behind Germany, just three points ahead of Italy.

With all Serie A sides now out, this has been achieved.