City have lost six times in 25 Premier League fixtures so far in 2019/20, as many as in the last two seasons combined. Liverpool, meanwhile, have stepped things up to a new level and have opened up the biggest ever lead in English top flight history. “The Premier League has been a huge disappointment to be so far from Liverpool and now we have to fight for the second position,” Bernardo told Sky Sports. “It hurts a lot because when you start a season, you always want to go for the Premier League, it’s the main competition and the most important for the fans,” he added.

“It’s very disappointing, no one expected us to be this far from Liverpool in January or February so it’s something that we need to learn from. We need to understand what failed and how we can solve it.”

Bernardo suggested there is no single thing that is to blame and that City are still playing the same way they have been playing for the last couple of years, but the Portuguese has pointed to injuries, as well as VAR decisions, as a reason for the team’s downturn. 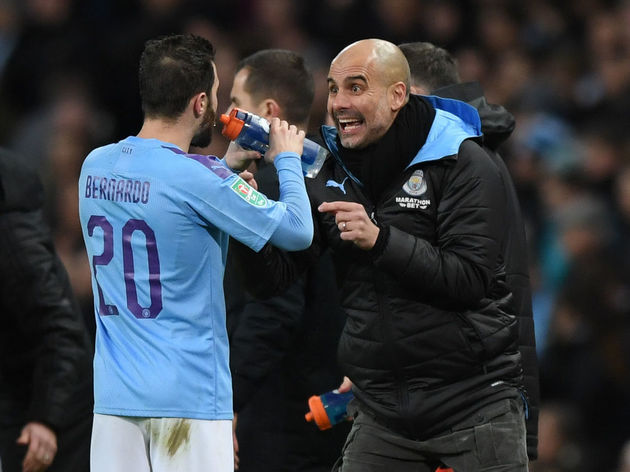 “It’s not an excuse, we should’ve done better, and we are very disappointed in ourselves. But if you look at the injuries we’ve had, the VAR decisions that never went our way and I’m not complaining, but in football, it sometimes goes your way and sometimes not,” he said.

Manchester has welcomed a new Portuguese star across town in the shape of Bruno Fernandes, with Manchester United agreeing a deal worth up to £67m to sign the midfielder, and Bernardo already knows him well after first playing together at junior international level aged 18.

“I think he is going to adapt [to the Premier League], he has already played in Italy when he was younger, so it’s not his first experience aboard,” the City star said. “I’m happy for him, I’m happy that he’s playing for one of the biggest clubs in the world and I think he’s going to do great at Man Utd.