Aymeric Laporte Stretchered Off for Manchester City During Brighton Clash

​Manchester City have been left sweating over the long-term fitness of centre back Aymeric Laporte, as the Frenchman was stretchered off with a knee injury in the first half of the Citizens' Premier League clash with Brighton.

The incident occurred in the 34th minute as Laporte stopped a marauding run from Brighton defender Adam Webster, receiving a yellow card and a nasty knock in the process. 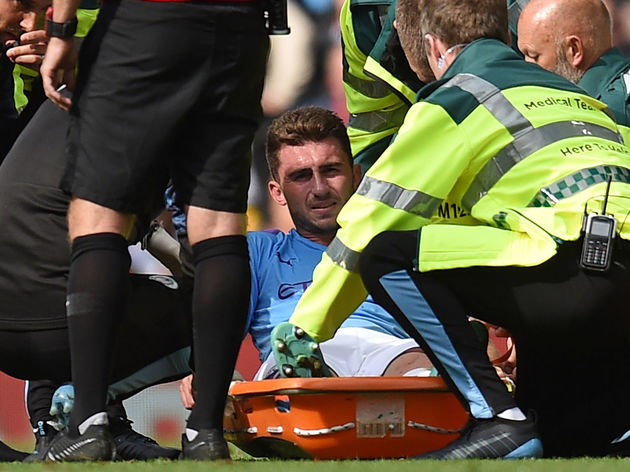 The ​City defender immediately signalled to the bench as he lay on the turf clutching his knee, with Fernandinho brought on as his replacement.

Laporte looked in great discomfort as he left the pitch, and Pep Guardiola cut a nervous and frustrated figure as he watched on from the touchline.

The City boss will be deeply concerned as ​John Stones is still recovering from his own fitness issues, and the Premier League champions are severely lacking cover in the heart of their defence.

35. SUBSTITUTION | @Laporte is stretchered off after colliding with Brighton's Adam Webster and receiving treatment to his knee. @fernandinho comes on to replace Aymeric.

Laporte has been an integral part of Guardiola's defence since his arrival and a long-term injury will critically weaken City's defence over the weeks or potentially months ahead.