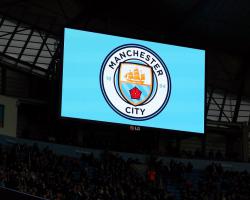 The Australian club announced on Friday morning that they had agreed a fee with City for the 23-year-old.

And a City spokesman confirmed to Press Association Sport the deal is almost done.

Caceres is not seen as a player who could challenge for a first-team spot yet and he could well be loaned out.

Mariners head coach Tony Walmsley signed Caceres in 2011, and he told the club website: "We need to celebrate when players at the Central Coast Mariners are sold to bigger clubs

"When I brought Anthony Caceres to the Mariners his potential was obvious.

"This move demonstrates how far Anthony has progressed and symbolises how giving youth a chance works for both the Central Coast Mariners and young aspirational footballers."

Once the deal is confirmed, Caceres will become City's first signing of the January transfer window.